You are here: Home1 / About the Organisers

The Celebration of the Female Form showcases professional and emerging artists alike who put their own spin on honouring goddesses the world all over, the bearers of the female form.

Here you will find not only whimsical and romantic depictions but also tales of beauty, strength, darkness, pain, ecstasy, vitality, raw sexuality and all the experiences in between that make women, women.

The exhibition is a collection of photography, paintings, sculpture, performance and other visually creative formats. It is our hope that some or many of the pieces will invoke a thought, feeling and empowerment.

Keeping true to the ideals of wanting to raise awareness and help others, The Celebration of the Female Form donates proceeds of the show to important charities around Brisbane such as Brisbane Youth Service, Brisbane Domestic Violence Service, Butterfly Foundation, The Brisbane Rape and Incest Survivor’s Support Centre (BRISSC), Clinic 30 and others.

We want our guests to share in our journey, to pay tribute to women and help raise money for our chosen charities. This outstanding show is put together by Vanessa Swift and Frankie Vandellous with the help of an amazing team of volunteers and community spirit.

In the world of The Celebration of the Female Form there is no place for judgement or cruelty. This space is a safe place to welcome all gender identities, sexual preferences, tastes, expression and depiction.

One of our philosophies is ‘each to their own’. We embrace the fact that everyone has differing opinions, standpoints and moral beliefs on some of the topics raised through our show.

We ask that all in attendance at our show and in the forums are free to feel and think what they do without seeking to impose this on others and that any discussion is presented in a non-confrontational and open manner.

Our ultimate goal is to support women and stand up to discrimination of women. We want to bring to light all experiences of women, to unify our society with a deeper respect and understanding of each other and raise equality of the female gender.

Message from the Organisers

More than 600 artists, volunteers, and members of the community attended Celebration Night in 2014. While we received overwhelmingly positive feedback, as we prepare for our 3rd exhibition, there have been certain developments that we now recognise as inevitable. There are those who have never attended the event who perceive some of the work in the show as illustrating the very same mechanisms that perpetuate the hostility toward women in our current culture. Photographs are criticised for being photo shopped, as if a painter’s brush does not commit the same sins of addition and subtraction. Images by female artists are criticised for depicting women in poses of submission, as if a woman has no place creating such depictions. Works by male artists are criticised for being included in the exhibition at all, as if they have nothing to contribute.

Importantly, these interpretations of the images are legitimate, among the myriad of interpretations of these works. Art is not “above it all” and can certainly not be excused from critique. However, art must be distinguished from marketing, popular culture, and all other forms of propaganda. Art, and here we use the term to include performance, visual art, music, the spoken and written word, and similar disciplines in which a skilled person creates and expresses, is an invitation to engage.

It must be remembered that artists are not evangelists, it is not the purpose of art to instruct the public, or to represent a moral stance. Art is not literal, if it invokes a reaction, honour that reaction, but do not presume that yours is the only interpretation. Art must allow breathing room, in which to welcome individual associations and experiences, to feel and react, whether it is indifference, contempt, grief, engagement or pleasure.

If an image, performance, or written work evokes a reaction in you, congratulations, be grateful that you still have the ability to feel. Do not waste this precious gift. Do not lash out at the artist for bringing you back to a poignant place. We have entered an era where art is “supposed” to be an adornment, but that’s commercialism, not art. If the work makes you angry or sad, be angry or sad, but be discerning enough to know that these feelings are yours. With over a hundred artists exhibited, no single artist represents our event. We do not expect every artist to appeal to every person, and we consider this diversity to be integral to the thesis of the celebration.

We propose that equality for female artists is for each to be able to engage in her process without apology. As Vanessa Swift states, “I offend a certain kind of people. I am too dark or too sexual or I objectify women. I don’t paint for other people. I paint for myself. I do not push the boundaries, I have none and won’t have any placed upon me. I just paint what’s inside me, for me. To release.” In addition, in instances where the artists use models for these works, their creative subjects are collaborators, not passive objects for scopophilic consumption, and any critique needs to take this into consideration.
This event strives to be inclusive, but can by no means cater to everyone’s preferences. In bringing the community together, we seek to create opportunities to discuss these subjects openly and to raise funds for organisations that support abused and hurting women, and represent the causes close to our own experiences. This year, the organisations we have chosen are: Brisbane Domestic Violence Service, Care Packs for Brisbane’s Homeless, Brisbane Youth Service and proceeds from our raffle will support QuAC’s Clinic30.

Feminism must not be confused with misandry. Simply, Feminism is the belief in equality for all, in recognition that gender equality does not yet exist.

Exclusionary Radical Feminists argue that individual choice must play a backseat to feminist aims. This affirms womens’ bodies as political minefields – every action, every adornment, every utterance that is associated with womens’ Selves must be interrogated as to what statement it will contribute to the feminine discourse. Women must police ourselves and submit to being policed by others. Womens’ desires, values, or pragmatic considerations are subverted. Most importantly female identities must remain fixed within this paradigm.

In many ways we agree with the argument that individuals must acknowledge that the “personal is political”. However when women are told to “tow the line”, to forgo what brings them actualisation in deference to another’s criteria, is this not simply trading one oppressive system for another?

We, who unite to honour women and art, are autonomous individuals sharing a common interest. We recognise that the bodies of those who identify with the feminine become battlefields on which Politicians, Health Professionals, Beauty Professionals, Marketers, and many others stage their invasions. We see the myriad of individual experiences of domination and oppression as part of the greater intersecting mechanisms of misogyny and abuse. Instead of letting this awareness isolate us, we make it a rallying cry for authentic expression, and gather in celebration as a radical act of defiance.

Part of the TWERF argument is that to accept transwomen as “legitimate” women would be to accede that women are simply a “cut out” men. This argument only endorses the misogynistic view that women are walking vaginas. This reductionist obsession with what is between a person’s legs misses exactly what it is to be a woman – a beautiful complexity of identity. It alienates those who are born with non-average genitalia, those who choose to surgically augment or change their bodies, those who will never engage in the forms of sexual intercourse typically associated with female genitalia, those who will never reproduce, and those who lose body parts due to injury or illness. Gender lies in the mind, not the uterus.

Whilst women know that “not all men” rape, we cannot easily differentiate between those who are supporters and those who are predators. However, when we alienate all men, we alienate women as well, the mothers, sisters, and lovers of men. We alienate the men who have held us and listened to our experiences of abuse. We alienate the men who understand and attempt to deconstruct their privilege. Men must be called on, for they have responsibilities to undertake for gender equality to be realised.

This exhibition aims to address the diverse female experience, fight discrimination against women, promote gender equality, support all women, and help to move all societies towards more peaceful cultural norms.

In Celebration,
Vandellous and Vanessa Swift 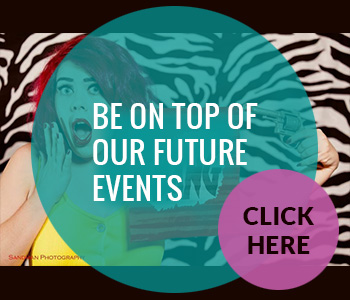 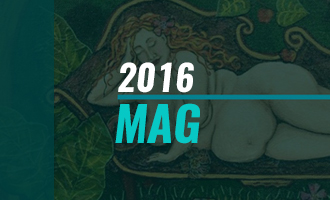 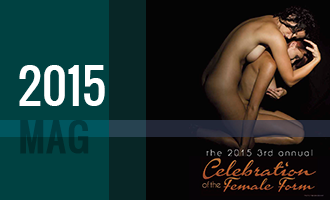 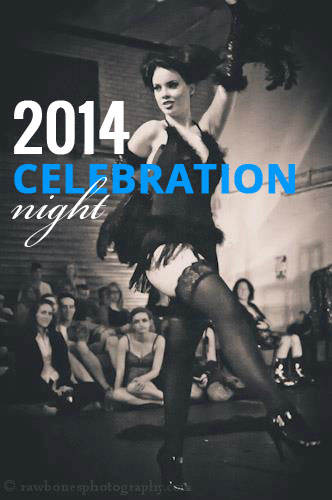 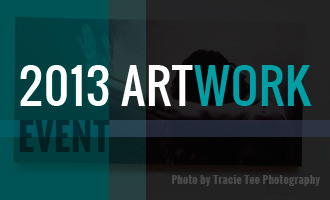 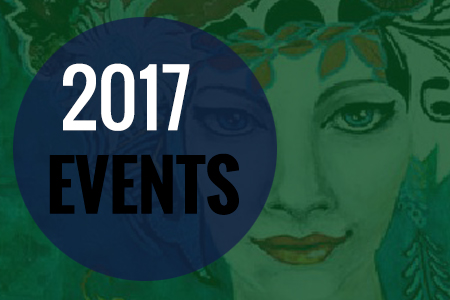 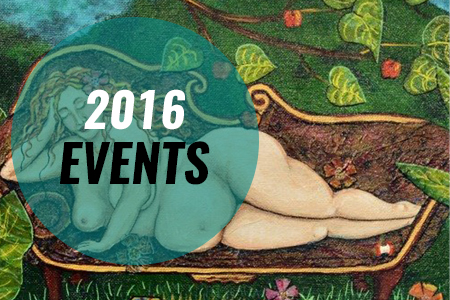 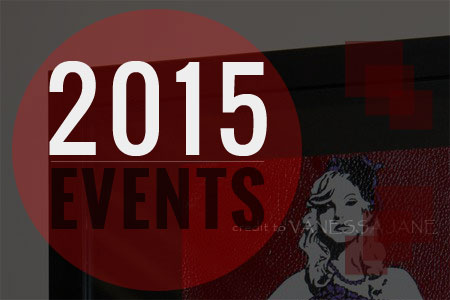 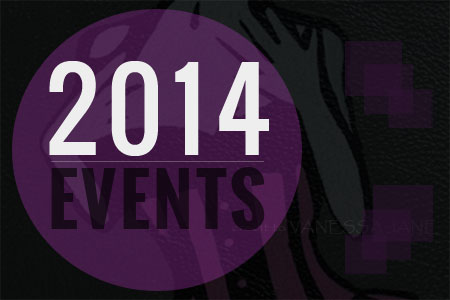 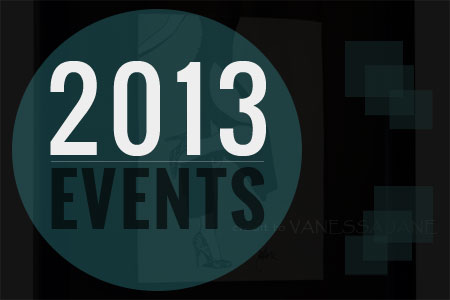